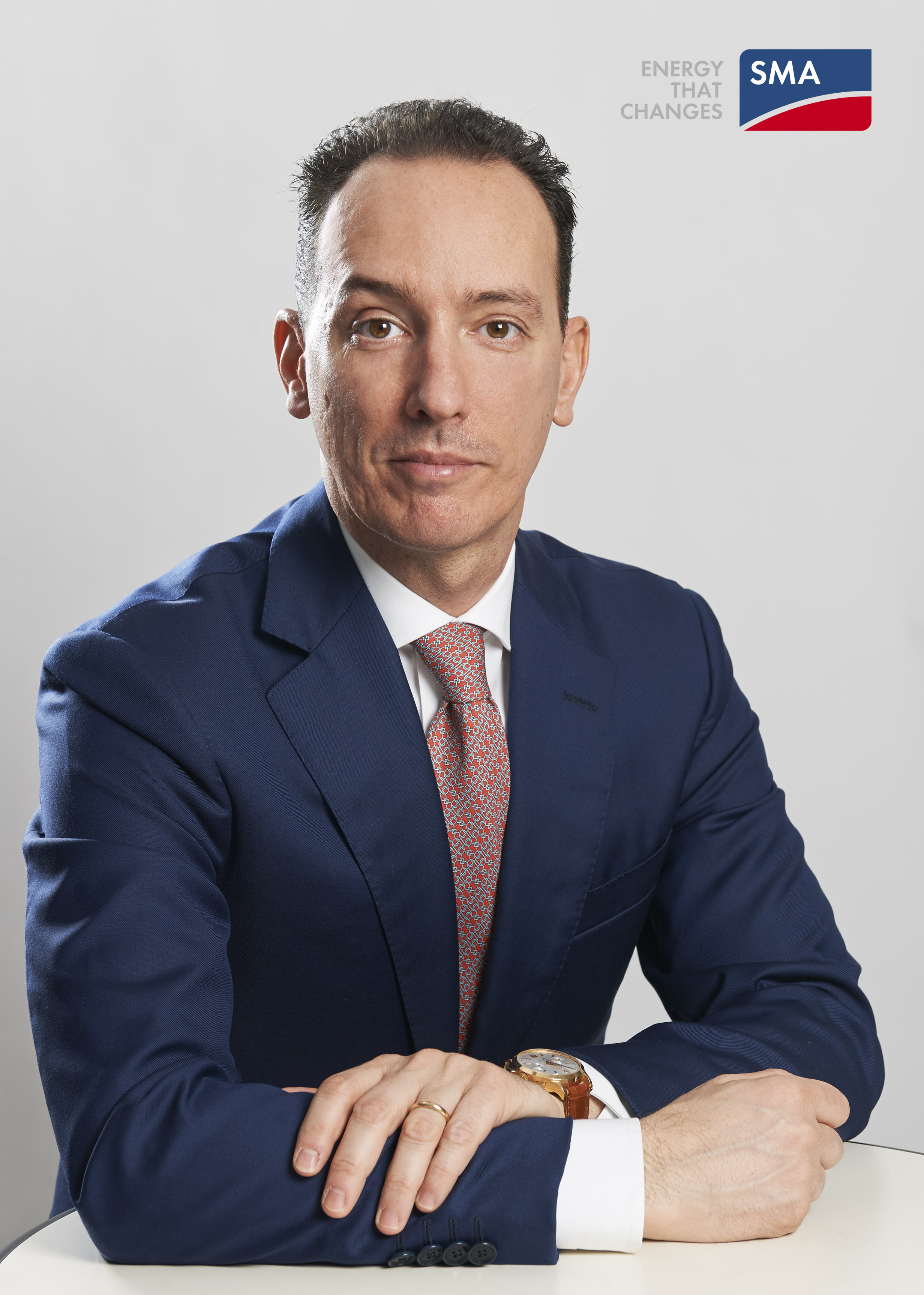 During the last three years, Mr Valerio Natalizia had ruled SMA Ibérica Tecnología Solar as the South Europe Regional Manager. The subsidiary has been recovering from the harsh conditions of the Spanish PV industry and is following a path of consistent growth. We interviewed Mr Natalizia to get into details about the new situation.

Which is the context SMA Ibérica had to face in the last recent years?

Spain showed a plummeting trend between 2008 and 2016, mainly due to a reduction in government support and legislative obstacles, but also to a challenging financial outlook and increasing competition. The dramatic decrease in the number of jobs was a consequence of the steep drop in annual new installed solar capacities and an increase in efficiency in both manufacturing and supporting services.

As well, the administrative obstacles of the regulation evolved to limit prosumers, through the reduction or termination of grid fees and incentive schemes. For example, in 2015, the Spanish Government taxed self-consumption PV installations (the so-called “sun tax”), even if these did not feed the grid, and other regulations upon feed-in tariffs took a retroactive character and affected thousands of investors, both individuals and companies.

What has changed from this period to the last two years?

Fortunately, from 2017 on, the situation started to change. According to UNEF data, we have seen some positive signs:

•    Spain added 135 MW of new PV power capacity (55 MW in 2016), contributing with 2.154 million euros to the Spanish GDP (a 0,20 % from total). A good part of plants is connections of a few large solar plants and the development of the electrification of isolated, mainly agricultural and rural electrification sites.

•    As of March 31, 2018, there are more than 24.085 MW of power Solar PV system in the process, from which a high percentage will be translated into installed capacity within the next years.

On 2018, the situation continued to improve, and the sector is focusing on improving the capabilities of integration in the distribution network, both simulation models to validate the behaviour of plants as well as the coupling of storage systems of energy to improve the management of PV installations.

How did SMA Ibérica face the last period and how is it adapting to the improvement of the market?

In this context, SMA Ibérica has been able to achieve excellent result increasing the sales and improving the local Services. Due to this success in 2018, we have decided to open a new office in Madrid to foster SMA presence on the capital and to attend important commercial and utility clients. We have also increased the number of events and training in all the Spanish and Portuguese territory.

Regarding the “sun tax” that you mentioned before, the current Spanish Government seems to be keen to foster the production of solar energy by end users.

Indeed, in October 2018, the Congress of Deputies approved a Royal Decree to derogate the tax that affected self-consumption, recognising now both the right to self-consume without charges or tolls and the need to accelerate this transition towards a clean and accessible energy model for the whole society. In this sense, it finally recognises the active role that the consumers have as a vector to change the energy model. The new regulation favours, in particular, installations smaller than 100 kilowatts, simplifying the bureaucratic and technical procedures required, such as registration in the register.

Furthermore, costs have now come down sufficiently to offset the measures of the “sun tax”. Thus, many sectors such as the hotel industry, distribution, agri-food and agriculture are again investing in photovoltaic systems to reduce their energy costs and increase their competitiveness.

Aware of this new reality, SMA is offering complete solutions for self-consumption.  From the preliminary phase of any project, with design and simulation apps, including the possibility of expanding the installation with battery support, both in separate applications as with connection to the network, until disruptive energy management applications to provide remote monitoring of the facility, with a complete range of accessories.

Globally, we see an essential growth in the PV industry. How is SMA Solar Technology capitalising on the new opportunities?

2017 was a historic year for the solar power sector. Only new PV solar capacity installed is bigger than fossil fuels and nuclear combined, a total of 99,1 GW grid-connected, around 30% more than in 2016. What we have just said will mean a global solar capacity over 400 GW in the year. China was one of the main drivers for this growth, as they installed more than half of the world’s solar capacity in one year (53,3%).

In 2018, according to Solar Power Europe forecasts, on a conservative scenario, we expect about 3,5% market growth to 102,6 GW new PV capacity added in 2018.

On its side, Europe shows an almost stagnant growth, with 5,91 GW added in 2017 compared to 5,89 GW in 2016, even though 21 of the 28 EU countries added more solar than the year before. Despite these figures, thanks to the increase up to 32% in the Renewable Energy Directive for 2030, and the removal of the anti-dumping measures that are currently in place, we think it can have a positive effect on employment, with a job creation by 56% in the solar industry alone (45.500 additional -direct and indirect- jobs for EU28). Actually, by 2021 it is expected to sustain nearly 175.000 FTEs and to generate nearly €9.500M GVA at a European level.

SMA can capitalise on the new opportunities and not only with the best products! We are more and more focus on new solutions in the following sectors: energy management, storage solutions, adaptation to local grid network requirements, e-mobility and so on. SMA is also forming alliances with other partners to lead the new Energy Ecosystem.

We are all persuaded that renewable energies will experience a significant development on the following years. Can you help us to understand which can be the vectors of this assumption?

Indeed, we can identify a series of trends that will affect the growth of renewables positively:

How do you see SMA Ibérica in 5 years?

I firmly believe we have everything we need to stay as a leader in Spain and Portugal for the next coming years. We have well skilled and very committed employees that can serve our customers in a very professional way. Furthermore, all the new solutions we will introduce to the market will give us the chance to compete in a new environment where the digitalisation will be the key driver! The disruption in the energy sector will open up new value pools for SMA.