Cuba’s Ministry of Energy and Mines together with the Abu Dhabi Fund for Development (ADFD) and International Renewable Energy Agency (IRENA), inaugurated a new 10 megawatt (MW) solar PV project in the country. The grid-connected project was financed by ADFD under the IRENA/ADFD Project Facility and will deliver enough electricity to power the equivalent of nearly 7,000 Cuban homes.

The project contributes to the Cuban government’s national objectives to reduce the use of fossil fuels for electricity generation and increase the share of power from renewables to 24 per cent by 2030. The project mitigates around 12,700 tCO2 emissions annually.

The inauguration took place in the presence of Cuba’s Vice-Minister of Energy and Mines, Mr. Livan Arronte, His Excellency Bader Almatrooshi, Ambassador of the United Arab Emirates to Cuba, Haiti, Jamaica and Dominican Republic and Francesco La Camera, Director-General of IRENA. 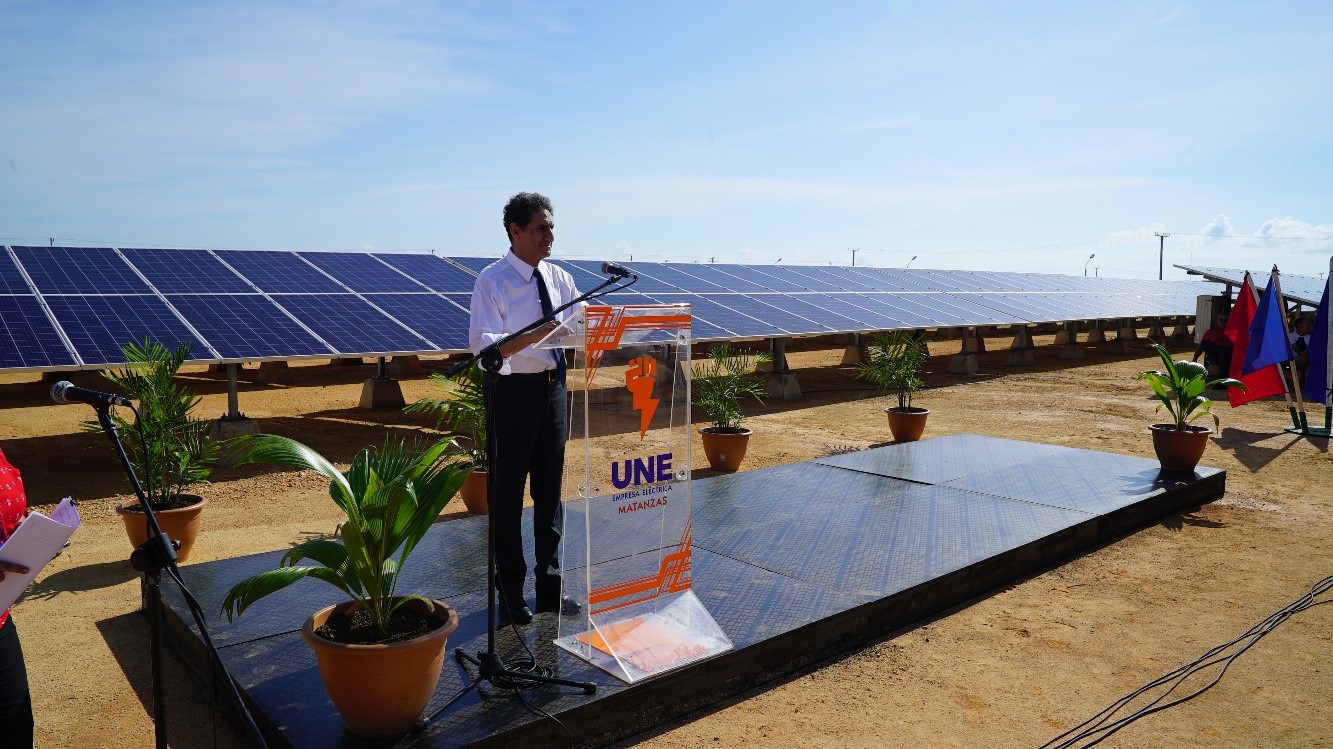 “Today marks an important moment for Cuba and the Cuban people,” said Francesco La Camera, Director-General of IRENA. “Renewable energy supports energy security, creates jobs and contributes to emission reductions. This 10MW project sets Cuba on a positive pathway to meeting these objectives and demonstrates that through strategic cooperation we can inject momentum into the energy transition.”

Watch the video from the  solar PV project site in Cuba:

Commending ADFD and IRENA for their role in supporting national energy, climate and sustainable development priorities, His Excellency Raúl García Barreiro said: “The unique and important partnership with ADFD and IRENA has aided in meeting the country’s energy targets. The 10 MW Grid-connected Solar PV project will help in reducing greenhouse gas emissions and increase the share of renewables in Cuba’s energy mix.”

His Excellency Bader Almatrooshi, said: “As an active member of the international community and under the leadership of the UAE President His Highness Sheikh Khalifa bin Zayed Al Nahyan, the UAE proactively supports global efforts to achieve the outlined objectives of the UN’s Sustainable Development Goals (SDGs).”

He added: “The UAE and Cuba enjoy long-standing and robust bilateral relations. This project is a testament to cross-border collaboration in supporting transformative renewable energy projects across the world.” 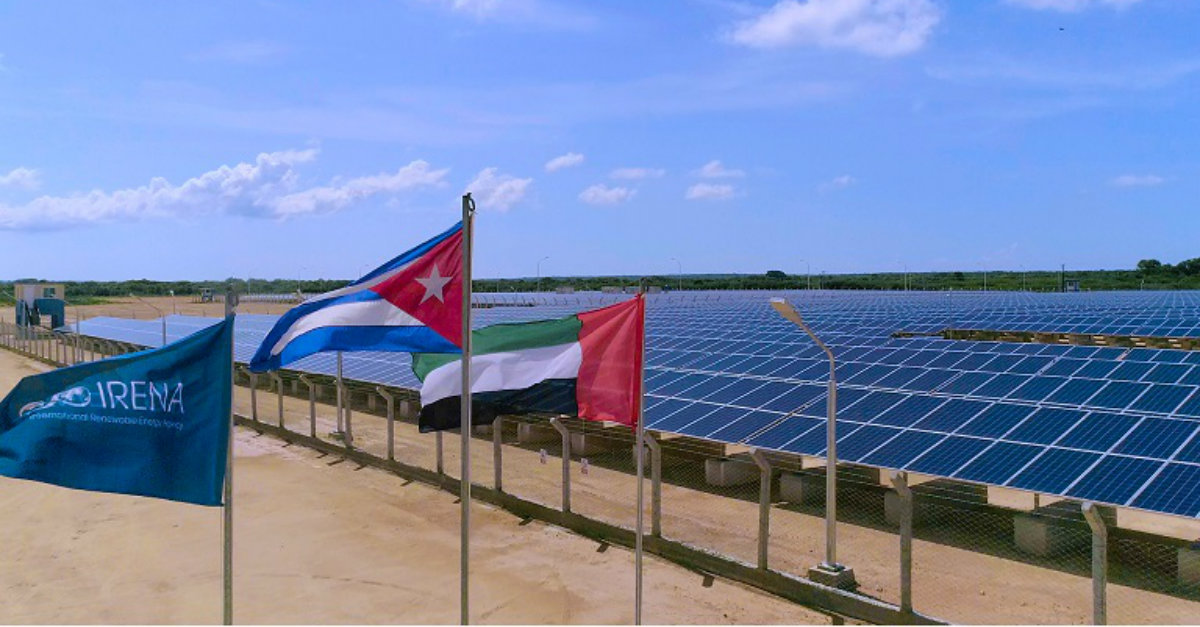 The grid-connected Solar PV project received USD$ 15 million (AED 55 million) from ADFD under the second cycle of the Facility. The Government of Cuba financed the remaining share.

Speaking on the occasion, His Excellency Mohammed Saif Al Suwaidi, Director General of ADFD, said: “ADFD is proud to have partnered with the Cuban government and IRENA in completing this crucial 10 MW solar PV project. We are confident that the impact from this renewable energy venture will ensure widespread economic, environmental and social benefits to the Cuban people.”

He added: “The Fund’s interest in the renewable energy sector reflects its dedication to supporting international efforts to achieve the outlined energy priorities of developing countries and the UN’s SDGs, as well as contribute in meeting global climate targets.”